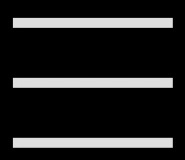 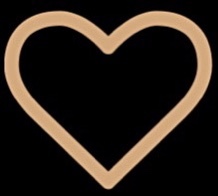 As you know, the worst spoke in a cart breaks first. But first things first.
My name is Mariam.
Back in 2016, I began to take the first steps towards financial independence and invested into the Honey Birdette brand, a well-known Australian underwear brand. I did not lose. My small business grew and developed. More and more women wanted to buy comfortable, high-quality and at the same time beautiful underwear. Since Honey Birdette was not popular in Russia, I became a kind of a brand ambassador.
I was very young and inexperienced but determined to go all the way. I had a firm intention to promote the brand actively and create a website at the franchise level. For a girl who was just starting to get acquainted with the possibilities of online business, it seemed to be rather a difficult task. It was scary and incomprehensible. But finally I managed.
My website showed all the advantages of online sales: business turnover began to grow, the amount of orders and wholesale purchases increased each month. The success was so impressive that even Eloise Monaghan, the founder of Honey Birdette, decided to meet me. Her support gave me confidence, and the clients, having noticed Eloise monitoring my work, began to trust me more. Customers’ loyalty increased.

Each day I fell more and more in love with my work. I seemed to hit it off with my clients and I felt like a fish in water. This continued until December 2018. Then I lost my uncle, who had been a pillar of support for me, helping me through many difficult moments in my life.My uncle’s death pulled the rug out from under me. I was physically and mentally crushed and couldn’t think of any work. However, my clients were waiting for seasonal discounts. I could understand that, as for many of them a seasonal sale was a great opportunity to purchase premium underwear profitably. Being an open-hearted and friendly person, not wanting to let people down, I said that the Honey Birdette underwear could be purchased from my competitor.
My gesture surprised and at the same time touched her very much. Since then, our relations had become sowarm and friendly that soon we decided to unite.
I shared the data of my promoted account, provided access to the mail and the website. Together we took a decision to register an individual entrepreneur in the name of my partner.
At first everything was fine. Our business was developing. I gained support, a friend and a partner in one person.

Later my colleague suggested that I open an offline boutique in Moscow. From the very beginning, I didn’t like this idea, because I understood that I would not be able to afford multimillion-dollar investments, and borrowing or seeking help from relatives was not for me. But my partner insisted. She even found an investor and offered me to make a contract according to which the investor would give us $4000000 for opening a store. And we would have to reimburse $5500000 in parts, otherwise we would have to sell the business and return the money. I agreed and that was my fatal mistake. I even didn’t know the investor’s name, how he looked like and what he did. My unconditional confidence in my partner played a trickon me. I blindly trusted a stranger.
Omitting the details of preparing the showroom for opening, I'll get closer to the point. I'll just add that bills and earnings from sales went through my partner's bank card.

In addition, for late payments, we agreed to give 30% of online earnings to the investor. She had never deceived me before, so I didn't doubt her honesty.
In December 2020, we opened a showroom in Moscowusing the investor's money. It was the time of the pandemic and crisis. Even then I understood that one year was not enough to promote the business. The situation was aggravated by the fact that I had to live in two cities, and after that I completely plunged into pre-wedding chores. I wanted the business to function in full measure while I was preparing to become a wife and physically did not have time to do business. So I taught my partner everything I could.
In the summer of 2021, I had to find an outsider who temporarily replaced me. Since then, I had known nothing about the turnover in the store. I didn't know if there were savings for the investor and how things were going with sales. I want to draw your attention to the fact that all the money from offline sales was collected for the investor. Earnings were decreasing and I began to wonder why the business, that had been feeding me for all these years, stopped bringing any income. At the same time, I was regularly reminded that I had to return the money to the investor.
Relationship with my colleague became worse. My favorite occupation began to irritate me. So I started asking about the investor again. I wanted to talk to him and explain that a newly opened business could notbring multimillion-dollar earnings. But they only told me his name – Eugene – and added that he was not a businessman and had no idea about how much time it takes to promote a project. I didn't understand why theperson, who was not good at sales, needed our showroom. There were more and more unanswered questions.

As a result, I became so exhausted mentally and physically that agreed to give up the business. My brainchild, my favorite business and my website that I had been creating for so long – everything was given to the investor. I consoled myself and my partner talking about the fact that we still had Instagram accounts, thatwe were able to create a website and start all over again. However, there was one thing that confused me: after transferring the business to "inexperienced hands", sales on the website did not stop. Everything was functioning as usually, and my partner’s name was still hanging on the website in the "Public offer" section.
Every day I updated the website hoping to find out at least some data about the person who was so carefully hidden from me. Weeks were following one another, the website was functioning, the page in the social network too. As if nothing had changed. Only I was left without earnings and my favorite business. I began to ask my former colleague why her name was still written as an individual entrepreneur on the website. As you have already guessed, there was no answer.
And then the real action started.
The website and the Instagram account continued to work. At the same time, my partner claimed that the investor had already submitted documents for re-registration of the individual entrepreneur and soon I would find out information about the new business owner. The days were passing while my doubts were growing. I tried my best to think positively. Nevertheless, sooner or later secrets have a way of getting out. So in my case, a random phrase from a client, that a certificate from the Honey Birdette store was being drawn from my former colleague’s another work page, absolutely shocked me. Firstly, I refused to believe that I had been deceived. I could not understand how it was possible to worry about business chatting with me and at the same time play a double game.

I decided to pull myself together and do what I loved again. Together with my partner, we had created a page with customers’ reviews. While transferring the business, we had the right not to give this page away. I decided to change my password and resume my work on the project. I would like to note that there were a few more than 100 subscribers on the page.
But just imagine! The account was deletedimmediately. Only my former colleague had access to it. No matter how hard I tried to calm down, all my arguments in defense of my friend broke down on the facts. My inner voice was repeating: "You are being deceived, Mariam."
Without doubt, my business was taken away from me and even the smallest opportunity to start from scratch was removed.
On the same day, I started working on the website, trying to get back the domain and rights. I did everything I could, and within a day the website returned to that one who had been creating it so tenderly for a long time.
When the website was restored, I added the information that technical work was going on to its main page (www.honeybirdette.ru).
But the colleague decided to outwit me. Instead of the usual link in the profile header (www.honeybirdette.ru) she decided to fix another link through which a person gets to the "All collections" section.
So, after these frauds, I restricted access to the wholewebsite.

The substitution of links finally convinced me that it was she who had deleted my small Instagram account, and she knew for sure why I had decided to return the website.
Later, when the second link became invalid, my partner published information that the website had fallen into the hands of frauds. As you understand, I was called the fraud. Me who had created that business and had been almost the first representative of the brand in Russia!
On the same day, late in the evening, my partner contacted me. She just forwarded a voice message from the investor. The voice was slowed down, but a painfully familiar non-Slavic accent made its way through the distortions. The investor, who hadpreviously been called Eugene and then Mikhail, had the same voice as my ex-friend's husband.
Thoughts started spinning in my head. I was trying to understand how a long-term friendship could turn out to be a game and, even worse, a plan.
Even when my relatives and I started a dialogue with those people and I asked to show me the investor or prove his existence, nothing happened. During the negotiations, our side put forward proposals, asked to provide an estimate of income and expenses. If everything had been accurate, we would have beenready to share the expenses and work as before. (Let me remind you that the partner had all the bills.) But the negotiations failed. No accounts, no investor, no faith in friendship, no business.

I was left with nothing. Moreover, I have to share this painful story with the public in order to protect my reputation, which is now under threat. They keep calling me a fraud. Day after day, my ex-partner reminds people that my website cannot be trusted.
This message is written with one purpose – to restore my reputation. I did not want to offend anyone; I did not specify names and did not attach written evidence of my words. If anyone doubts my sincerity, they can contact me directly. Now my Instagram account is
@honeybirdette.russia

If necessary, I will provide the evidence of my innocence.
With respect and pure intentions,
Ambassador of the Honey Birdette brand, Mariam